There’s been a trend on Facebook for the past few week called #ThreeFictionalCharacters.  The idea is to post photos of three characters from literature/film/tv that, when combined, describe you.  Sounds fun, right?

Besides creating a general panic in millennials that we may not be able to find the perfectly clever combination of fictional characters to define us, this trend has committed a subtler, more sinister atrocity.  Countless fictional characters of varying shapes, sizes and identities are being overlooked.  Forgotten.  Swept under the rug to make room for what is popular, trendy, and vainly affirming.  Because we at The Sidecar are all about speaking for the voiceless obscure, I’ve compiled a list of characters who should maybe be given a second chance in this frightening and competitive world of hashtags.

1.  Fidget, the creepy bat from “The Great Mouse Detective”

Reasons to include Fidget in your very own #ThreeFictionalCharacters: he’s unique, resourceful, not above dressing up like a baby to get what he wants, and he has a peg leg.  I think it’s pretty progressive of Disney to include a character with a disability who overcomes all odds in order to be Second-Head-Honcho in the world of Doyle-esque British animals.  (Well, until the giant rat pushes him to his death off a giant balloon.  #spoilers, sorry.)

Reasons to include a Power Ranger/all the Power Rangers: Honestly, this just kind of seems like a duh, and I’m appalled at the lack of Power Rangers I’ve seen across the board of my newsfeed.  Guys!  They’re the POWER RANGERS.  The original team of cool kids who dress in bright colors to gang up on bad guys!   The ones who showed us that friendship and awesome super powers are not mutually exclusive!  The guys who were every 90’s-girl’s heartthrob, the girls who were badass and didn’t need a man!  Plus, you could just post this picture and count all five Power Rangers as one of your fictional characters – sort of a 5-for-1 deal.  They are the coolest kids the 90’s gave us, and they deserve our recognition!

3.  Mr. Collins from “Pride and Prejudice”

I’m not going to argue that Collins is a great role-model.  He’s kind of a rat.  But I feel like there are enough people out there who share some of his qualities that at least somebody should be owning up to it.  Take a hard look at yourselves, people.  This game isn’t about complimenting yourself (okay, maybe it is, but how is that interesting?).  Do you have a tendency to seek validation at every turn?  To make weird sounds when you eat?  To fall in love with your cousin?  Face it, buddy.  You might just be a Collins.

4.  The Cabbage Man from “Avatar: The Last Airbender”

We all have bad days.  Some more often than others.

The inspiration for adding our furry friend to this list came from a post which brought her to my attention some months ago.  We all look for affirmation – right, or why would we be playing this game?  The female dog here exhibits tenacity, for one – she refuses to be ignored.  Also creativity.  I mean, look at this, her crowning glory!  I see no fewer than four kinds of animals that have been kidnapped for her purposes.  Also a cane that looks like it has toilet paper dangling off of it.  She just wants her hat to be liked.  Replace “hat” with whatever you want – there is some relevance here in your own life.  You know it.

6.  Fezzik from “The Princess Bride”

Some of us are very tall and have trouble using our bodies correctly.  It’s just a fact of life. For those of us who aren’t ashamed to admit that we enjoy a glass of wine or two (or five or six) from time to time.  You know.  In between plotting and scheming and doing a lot of other questionable things.

This is how you say “you never really knew me anyway and LOOK now my face is enveloped in hair!” to your internet acquaintances.

Reasons to include Richardson on your #ThreeFictionalCharacters?  I mean, give me reasons not to.  He’s sweet, thoughtful, has crazy frazzled hair that looks like bat ears, is constantly berated for simply existing, and endears himself most to his audience through blatant paganism.  Honestly this sounds like a lot of people.

If you have glasses and frizzy hair, this is simply a must for you.  Plus who wouldn’t want to say “Yeah, I’m a little bit like Emma Thompson”?

Not all of us are who we seem to be.  *sinister music*

Are you fast?  Hate the British?  Does Dick van Dyke sometimes appear out of nowhere and save your life?  You should probably add this fox to your #ThreeFictionalCharacters.

The reality of Trump’s hair is still hard for my brain to fathom.  But maybe you, too, are a mysterious, mythical creature.  Maybe you, too,  literally defy all the rules of gravity, physics and fashion.  If so, it’s a legit claim.  You may actually be Donald Trump’s hair. 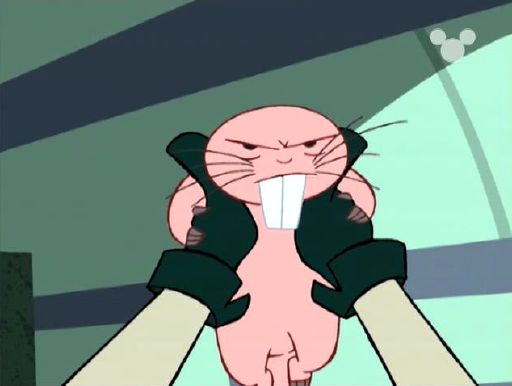 A proclivity towards dancing, big teeth, and wearing no pants?  You sound an awful lot like a naked mole rat.  But don’t feel bad about it.  You probably have a really dorky friend in cargo pants to make you look a little better.

Samuel L. Jackson in anything, really.  Look, this guy is a force.  He can be in a wheel chair, he can be standing, he can be bald or full-haired, it doesn’t matter.  He’s always Samuel L. Jackson.  If you share a similar undeniable and unmistakable “YOU” vibe, you have a right to post a picture of this guy with your #ThreeFictionalCharacters.

16.  That tiny wolf everyone picks on in “The Jungle Book”

I can’t even remember this little guy’s name.  Isn’t that kind of the point?  He’s the sympathetic, cute character that slips through the cracks.  If you identify with that, why are you not looking up pictures of him right now?

Giant.  Old.  Christopher Walken.  This character is appropriate if you are any/all of these things. 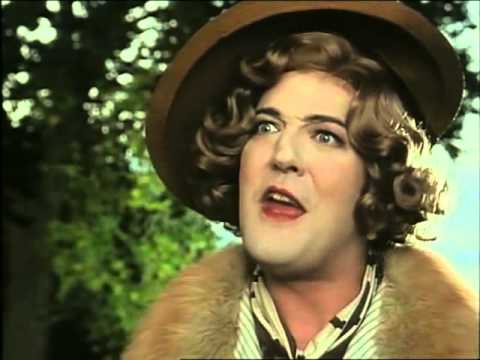 19.  Boo Radley from “To Kill a Mockingbird”

Boo Radley is probably the most understated character of all time.  We really aren’t told anything about him.  He doesn’t appear in person until the end of the book (or movie, if you’re Robert Duvall).  All we’re given, really, is that Boo is a quiet, thoughtful, generous soul with dark eyes and crazy white-blond hair, misunderstood by everyone who knows his name.  I feel like this generation should be all over that.

Some of us are, unfortunately, defined by a proclivity towards bad decisions and misjudgments.  Also the tendency toward running naked on the heaths.  Why not call a spade a spade?

21.  The Siamese Cat Twins from “Lady and the Tramp”

Reasons to include this picture on your #ThreeFictionalCharacters:

A)  You have a freaky relationship with a sibling

B)  You like singing subtly racist songs about yourself(ves) For those of us who refuse to sit back in a rocking chair and just let somebody else make all the plays for us.  Oh wait. 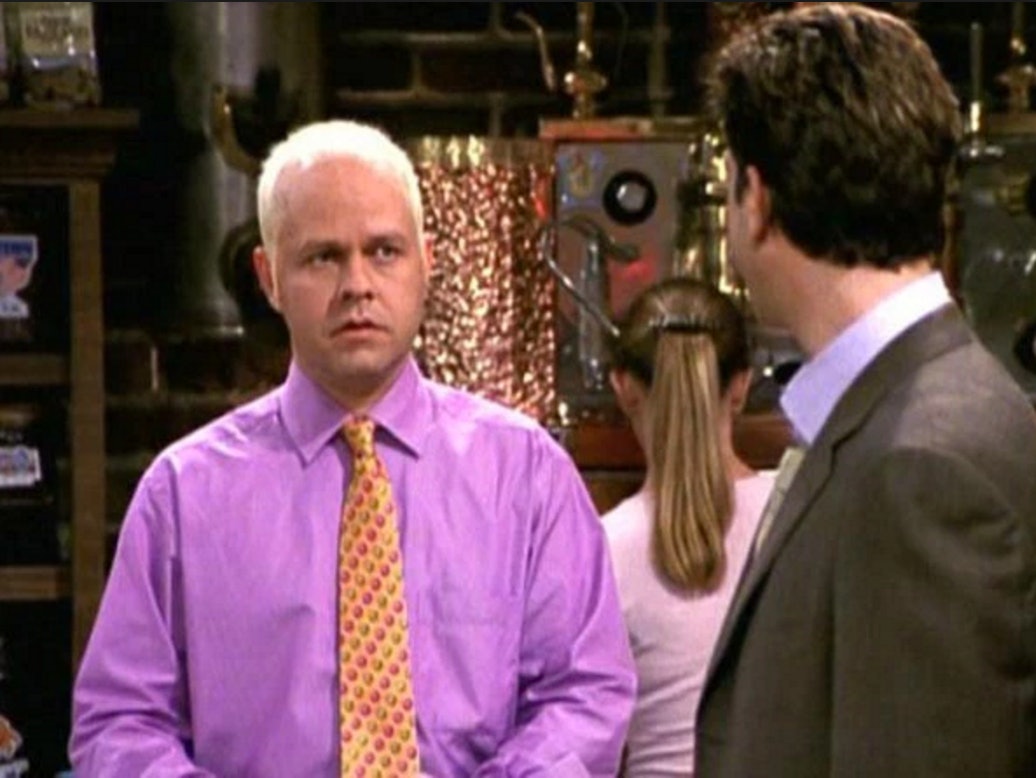 Ah, Gunther.  The true hero of Friends.  The good-souled, Dutch-speaking, Rachel-obsessed barista who never actually manages to do anything but look vaguely unhappy in the background.  The dreamer.  Ever-hopeful, ever-undervalued.  Shall I keep going?

Honestly the only reason to include Rafiki in your character-combo is if you have mystic cloud knowledge or a blue behind.  But if you do, you should definitely capitalize on this!

25.  The traveling garden gnome from “Amelie”

For those of you with wanderlust and a love of whimsy.

Look, some of us like sports and desert.  It’s time you stop judging that and accept our challenge to win Wimbledon.

Are you a person of few words?  Do you like to make your own sound effects?  Do you like fixing things?  Do you constantly find yourself in the company of people/robots much dumber than you?  I’m astounded, given the massive nerd culture of the internet, that more people are not including this lovely little fellow in their #ThreeFictionalCharacters.  He basically single-handedly saves everyone in the Star Wars series at one point or another.  And he’s a cyclops, which is kind of cool.

We all know how it feels to have Jimmy Stewart beat us at our own game. 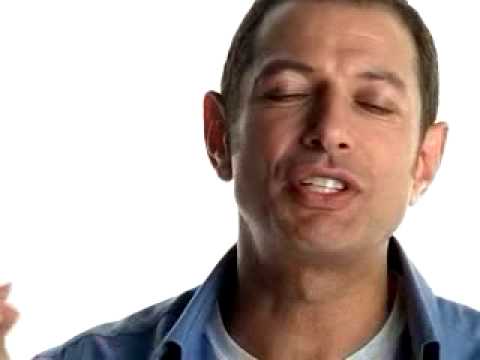 Who doesn’t want to be the purveyor of – the generator of – the AUTHOR of – great stuff?

Did I miss anybody?  Who do you think has been overlooked?