Holly Golightly: “Yes, darling! And look at you all, aren’t you just little DEARS? I must say, I can’t remember the last time I had a party that looked like THIS!”

Sam: “Is this a party? I feel like, I don’t know, like I underdressed a little. Ugh, now I’m all like ‘oh no, why’d you wear this?’ SO stupid, can’t believe I didn’t think that one through. Ugh, you know what, I’m gonna have to– yeah, okay– MMeeepMEEPBoooSQUEEEGE!”

Claire: “You are INTREPID!”

Marla: “What the F%&* was that, even? Is that girl mentally ill? Is that what the little helmet is about?”

Sam: “I just like to do things like that, things that no one has ever done befo–”

Marla: “Yeah okay. SO yeah, I’m all about the meetings. All the meetings. I mean, I go to alot of these. We’ve all got brain tumors here, right?”

Lux Lisbon: “Can we hurry this along? I have some flower petals to peel.”

Clementine: “Who IS this French girl?  You don’t even make any sense. Nothing makes any sense!”

Summer: “Who are you again? I always forget with the different… hair… colors.”

Clementine: “Um, I’m the girl that erased Jim Carrey from her memory only to appear to him as his own memories were erased. But in those memories I’d talk to him all nice-like. So I’m both a MPDG in reality and an ACTUAL Dream Girl, if you think about it.”

Summer: “Uh huh. Well, we all know how hard it is for guys to forget us. My exes average about 500 days of recovery. Also, you know, I get the deal with the hair, but when I feel like I need a change I just like to cut mine off. Myself. And I feel nothing. It’s awesome.”

Clementine: “You know what, man, don’t try to make me into a concept. Why does everyone DO that?”

Marla: “I hate to break it to you, but that’s why we exist. We’re around for the boring guy to get the juices flowing. I mean, I guess my guy was bananas before we met, but he definitely didn’t start punching himself and blowing up buildings until he fell in love, so. Uh, by the way, what’s the deal with the dude and the teddy bear?”

Sebastian Flyte: “As the honorary Manic Pixie Dream BOY, I propose we all have a drink!”

Holly Golightly: “Darling, that’s the kind of motion a girl can get behind.” [opens desk drawer, produces cocktail]

Claire: “We are intrepid!”

Lux Lisbon: “Are we almost done? I have a dreamy, staring-out-the-window session scheduled for 4:37PM. The light just isn’t as golden and nostalgic after that.”

Sam: “Oh man, you know, you’re just so right! I notice that too, in my backyard, when I’m listening to something on my headphones. Or when I play vinyl on my record player, while I cuddle Tickle, my childhood blanket.”

Clementine: “Are you… are you actually expected to pass for a PERSON?”

Sebastian Flyte: “Now now now, Periwinkle Hair, remind you that you have a potato collection, shall I?”

Clementine: “That’s true. Hey, I have this crazy feeling that we’re going to get married.”

Sebastian Flyte: “Oh, goodness no. I don’t think anyone at Brideshead would approve of THAT. On second thought… how delightful!”

Holly Golightly: “What do you know about it, darling? You appear to be a phone.”

Marla: “Listen honey, we’ve all got operating systems. Some of them probably better at operating than others, if ya know what I mean.”

Samantha: “I liked that joke, Marla, but you’d be surprised the effect I can have on real-life sad sacks.”

Samantha: “Looks like we all have a little something in common, doesn’t it?”

Claire: “You see, everyone? It’s not about the destination. It’s about the JOURNEY. It’s about discovery! Breathing it in, letting it go, holding it close. Experience, loss, perfectly timed mixed tapes.”

Summer: “Okayyy, well, I hate repetition so I’m gonna say we’re done here, but I hope my presence and easy-breezy fashion sense has inspired all of you to quit your jobs and pursue your dreams.” 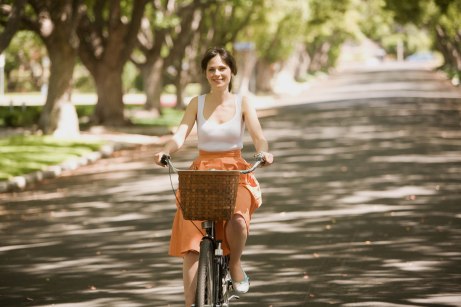 Marla: “Ugh I literally want someone to kill you.”

Holly Golightly: “Ooh, I’ve never written boys’s names on my underwear before. [starts looking for sharpie] Oh. I suppose I must find my underthings FIRST, mustn’t I? Oh well, it was a nice idea.”

Claire: “You look SUPER familiar, Lux. Ever been to Louisville?”

Marla: “I will make my boyfriend murder you if you don’t stop that.”